We use cookies to ensure that we give you the best experience on our website. If you continue to use this site we will assume that you are happy with it.OkNoPrivacy policy
You can revoke your consent any time using the Revoke consent button.Revoke consent
Return to previous page
Home News

One of the questions we are asked most frequently here at Miss Macaroon is: “why are you called Miss Macaroon when you actually sell macarons?” We’ve read your frustration in your Facebook comments, but don’t worry, we know what we’re doing and there is a method behind the madness!

Although the two words sound similar with just a single letter making the difference, macaroons and macarons are, indeed, two different treats. This is something that has been sometimes kindly (and sometimes not so kindly) pointed out to us in our shop, online and at networking events.
Here at Miss Macaroon, we make French macarons. According to Larousse Gastronomique, the Bible of French cuisine, the history of this sweet treat goes as far back as 8 A.D., where French monks in Venetian monasteries would produce the meringue based biscuit, supposedly to resemble their navels. However, macarons as we know them today with their creamy ganache and fruity fillings did not appear until the early 19th century. They have since been reclaimed by the French, and it is said that the famous Parisian bakery Ladurée was the first to sell macarons sandwiched together with a flavoured filling. 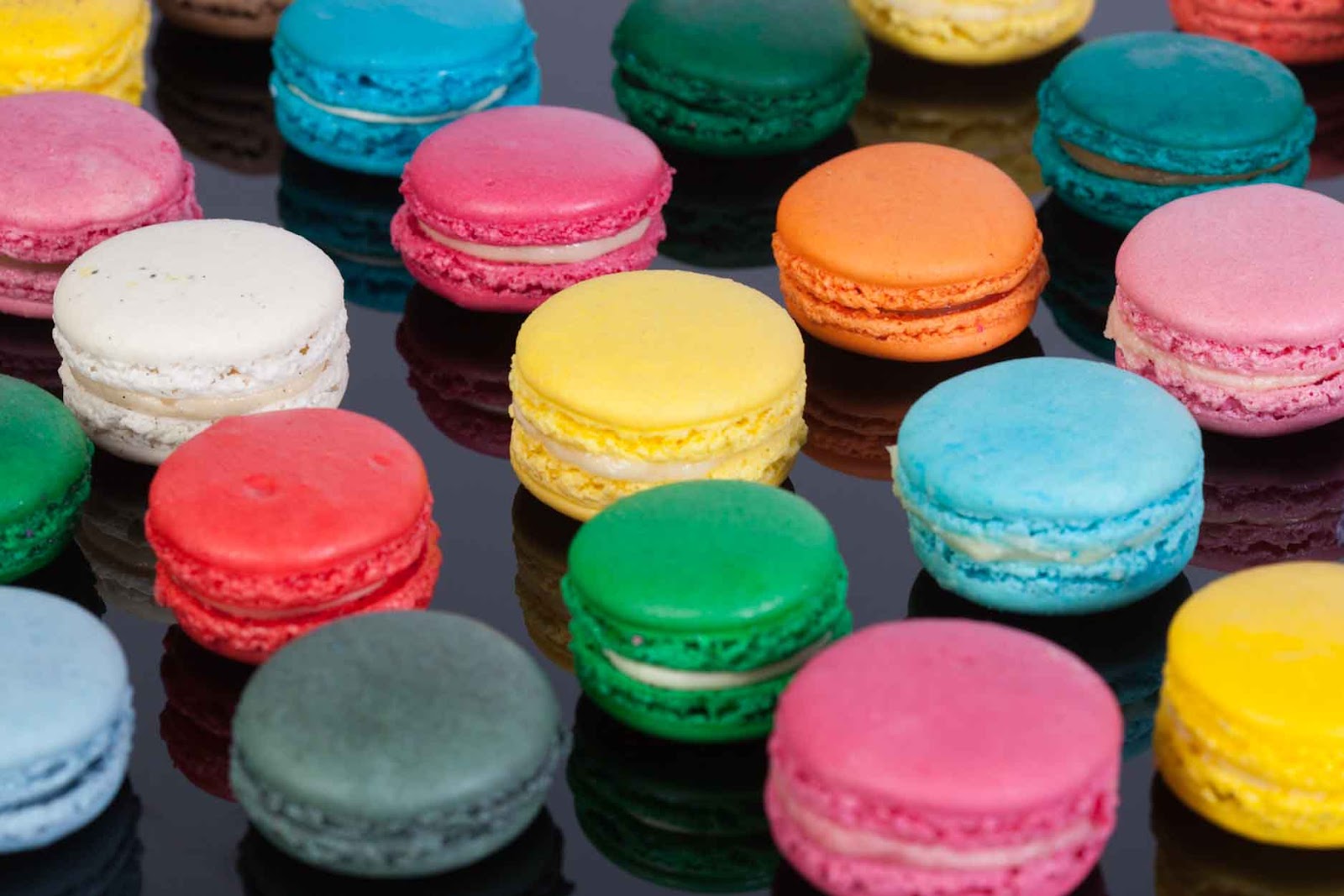 Macaroons started off in the same way. The introduction of coconut trees to Florida and the southern states in the late 19th century was revolutionary to American cuisine. Coconut slowly started to appear in baking recipes, and in the case of the macaron it was used to replace the almond meal. The result is a shredded coconut cookie, often served dipped in chocolate. 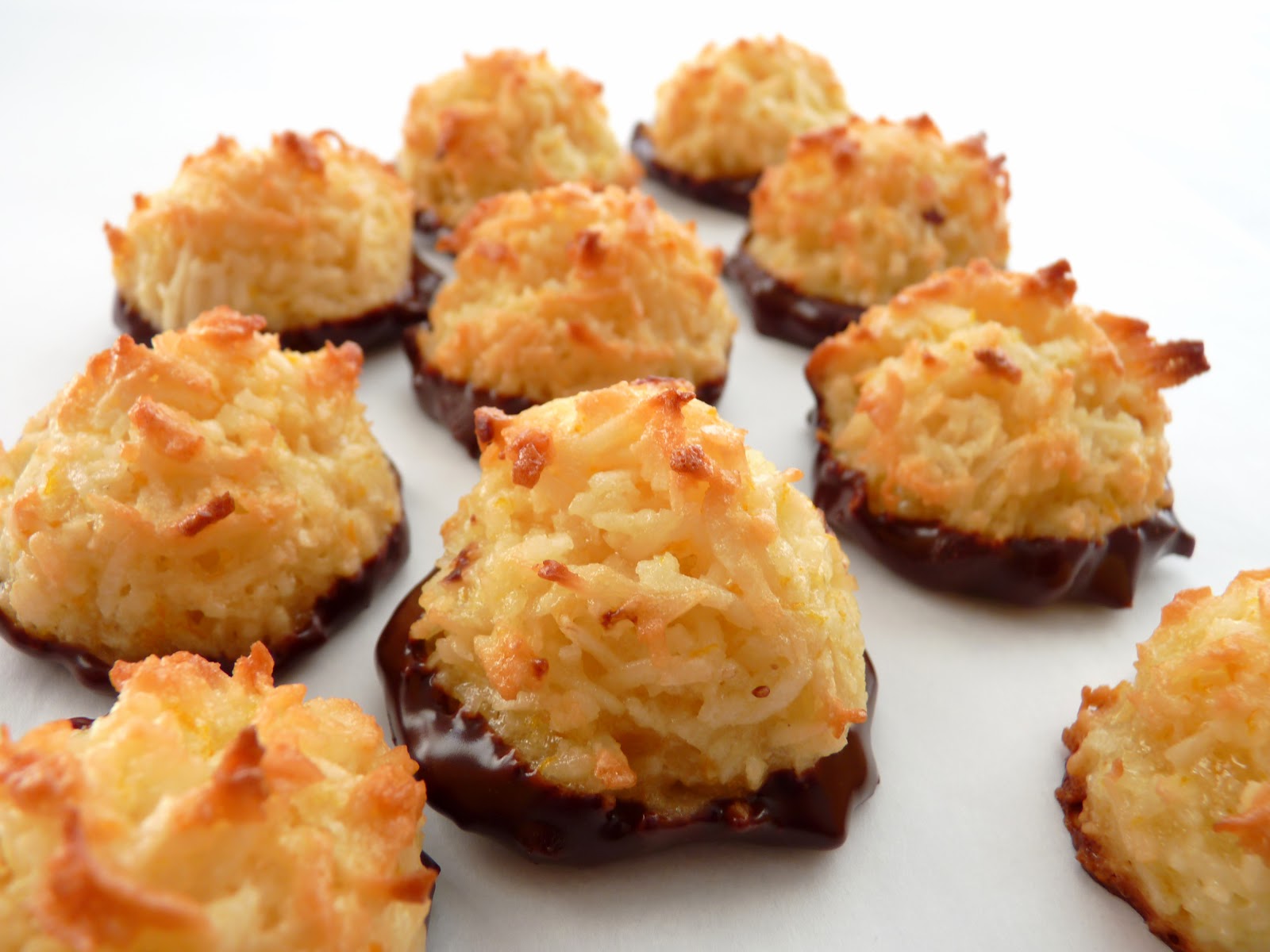 Although the history of both variations of these biscuits originated with the French, the world somehow managed to get itself caught up in the phenomenon of American cultural dominance. This is a more watered down and palatable version of cultural imperialism, defined as the practice of imposing the culture of a more powerful nation (the USA), over a less powerful society (everywhere else). In a more extreme case, we see enormous conglomerates such as McDonalds, Coca Cola and Subway taking over all four corners of the globe and Hollywood’s movies being dubbed and subbed in every language and screened in cinemas from Rio to Moscow.
On a much less invasive scale, linguistic dominance might involve adapting a foreign word to assimilate it into the local language, ignoring its original form. In the case of the macaron/macaroon debate, Americans find that the extended “oo” sound of macaroon is easier to pronounce and sounds less foreign than macaron. Because of this, macarons are now popularly referred to as macaroons, and is even argued to be the English translation of the French word (so much so that Apple devices even suggest to autocorrect macaron to macaroon when typed).
The same way a French café, spelt with the accent and pronounced “Ka-fey” might be interpreted in English as a cafe, pronounced “Kaf” (especially if you’re a Brummie!), is not incorrect in either instance.
The way we, and many others, make this distinction is to call them “French macaroons”, which sets them apart from the American coconut variant. Our opinion of this alteration of the correct terminology is a neutral one, we’re not here to take sides. However, in order to appeal to the majority, we have taken the business decision to adopt “macaroon” as our official terminology and brand name.
All the debating aside, our French macaroons are made with complete authenticity and remain true to their roots. If you don’t believe us, you can always come into our store in the Great Western Arcade to try them (we give out free samples between 11:30 and 1:30 everyday), or make an online order today at: www.missmacaroon.co.uk

High hops at Miss Macaroon: Be...

Where can I buy a macaron gift box for delivery?

21st August 2020 / 264 / 0
You can buy gift boxes for delivery at Miss Macaroon, we are striving to carry on with our online orders of macarons. You can still... Continue reading

21st August 2020 / 180 / 0
Are you looking for letterbox gifts? We know this is a weird time and sending gifts to him/her can be tricky. However Miss Macaroon have... Continue reading

21st August 2020 / 175 / 0
Right now, giving gifts in person is unfortunately not an option available to us. However that doesn’t mean you can’t still give gifts! We are... Continue reading

21st August 2020 / 447 / 0
Birthdays in isolation aren’t as fun as we had thought they might be. However, who said this means you can’t send or receive gifts by... Continue reading

21st August 2020 / 560 / 0
Are you far away from your partner or loved ones due to social distancing measures? Do you want to let them know that you are... Continue reading